You may have seen Slow Ways featured on both BBC News and ITV News on October 16th?  “Slow Ways…seeks to elevate the position of walking in our national conversation, to be seen not just as a worthy, healthy hobby but part of our national transport infrastructure”.

Slow Ways in a snail shell

Slow Ways is a project to create a network of walking routes that connect all of Great Britain’s towns and cities as well as thousands of villages.

Using existing footpaths, people will be able to use the Slow Ways routes to walk between neighbouring settlements or combine routes for long distance journeys.

During lockdown 700 volunteers from across the country collaborated to produce a first draft of the Slow Ways network, creating a stunning Slow Ways map in the process. This incredible effort has led to the creation of 7,500 routes that collectively stretch for over 110,000km.

While COVID-19 has forced millions of us to stay at home and indoors, that hasn’t stopped us from being collaborative, imaginative, creative and productive.

We are currently working on building a website that will host all of the Slow Ways routes information and hope to launch that later this year.

All of the routes information that we collate will always be free to browse, search, view, share, download and enjoy.

Want to find out more? Read the FAQs on the Slow Ways Website.

Wouldn’t it be nice if we had a Slow Ways Group in Stinchcombe. And be in at the start of the project in January 2021.

When you move from America to England there are things you appreciate in a special, deep way only made possible by being raised bereft of them. The NHS is one that springs to mind. Also curry, sarcasm and footpaths.

When I lived in the mountains of North Carolina, surrounded by hundreds of acres of beautiful forest, it was all off-limits to me, except for the area set aside as a national park. There, you can’t walk through privately owned land. Unless you risk being prosecuted for trespassing, or possibly being shot at. Meaning unless you know the landowner, all you can do is look from a distance.

The missing miles of footpaths

In England the footpath network contains paths dating from 5000 BC, used by Neolithic people to move from place to place. Some date from the Romans, and some from Anglo Saxon times. Given the prevalence of long barrows and other sites sacred to Neolithic humans in this area, it is likely that some of the paths we enjoy were walked on many thousands of years ago. I think that is pretty marvellous. Our right for free access these footpaths has been fought for by the Ramblers, established in the 1930s to protect the rights of people to access the countryside.

Obviously a lot has changed in the last several hundred years, and the Ramblers recently pored over old maps, square kilometer by square kilometer to find lost footpaths. What they found was shocking. There were over 49,000 miles of historical footpaths missing from modern maps, almost a thousand miles in Gloucestershire alone! This represents almost a third of the footpath network in England.

The government has given a deadline of January 1st 2026 to re-map the routes and preserve them. This seems like a long way away but will be upon us before we know it. This deadline was established as part of the Countryside and Rights of Way act of 2000. However, as the clock ticks down the government has taken no action towards mapping and preserving historic footpaths. Of course at the moment they have quite a lot of other things on their plate.

Some of these paths have been:

The Ramblers are prioritizing paths which add value to the footpath network, such as

They are looking for volunteers to help with this mission which they’ve named Don’t Lose Your Way, by finding and mapping these routes, and where appropriate applying for them to be restored.

For more information on how you can help with this work, you can go to the Ramblers Website where there is an extensive FAQ.

These footpaths have been established over many hundreds, or indeed thousands of years, and are easy to take for granted, but once they are gone they are gone forever. To join the South Cotswold Ramblers see their website

An incurable fungal disease, commonly called ash die-back, is killing many of our ash trees.  Affected trees may fall or lose large branches within the space of a few years.  Those close to roads, footpaths or bridleways are therefore a risk to the public.

The Stinchcombe Hill Trust manages much of the land on the Hill.   At a recent meeting it discussed how to deal with ash die-back.  Felling diseased trees where the Cotswold Way passes through the woods on the west side of the Hill is a high priority.

A group of ash trees on the English Heritage monument at Drakestone Point will also be removed.  Contractors will do the felling, but local volunteers will help with scrub clearance and stump treatment.  The volunteers meet on Wednesday mornings – contact Kath Hudson for more information.

In and around the Village

Ash die-back is not limited to closely packed woodland trees.  It is spreading elsewhere too.  Possibly you noticed some sickly trees on your walks or drives this summer.  A key sign is much less dense foliage than normal.

The Parish Council has reported some diseased trees to landowners.  We all need to keep our eyes open though.  There is already some guidance on spotting ash die-back on the Parish website.

Some good news on funding

Ash trees are an important feature of the landscape in our part of Gloucestershire.  The Council for the Protection of Rural England has a fund to help us reduce the impact of the disease.  Funding has now been extended to the end of 2021. Parish Councils and community groups can apply for money to plant suitable replacement trees.  A maximum of £500 is available for each project.

We need your help

Do you know a place in Stinchcombe parish made special by mature ashes?  Let the Parish Council know so together we can decide on one or more applications for funding.  It can be on public land or on private land visible to the public, as long as the landowner agrees.

Stinchcombe’s only officially recorded ancient tree happens to be an ash.  It is a pollarded specimen which is completely hollow.  The tree is close to the public footpath network in the Clingre area.  Its grid reference is 51°41’41.1″N 2°23’25.4″W.

Everyone must have seen the impressive road workings at the A38 roundabout. This is where the new canal is being put through. The Missing Mile refers to the section of the Stroudwater Navigation from the A38 to the Oldbury Brook. It was infilled when the M5 was built and the road from the A38 to the M5 J13 is actually built on the infilled canal.

The next obstruction for the new canal is the M5 itself. Here there is an existing underpass for the River Frome. The plan is for a new concrete canal channel to be added alongside the river. However the level of the new canal would have to be lower than the normal river level. In order to achieve the required headroom for navigation. A consequence of this is that during flood events the canal channel would be unusable.

The current estimated costs are £23M. However I cannot find a finish date at present.

If you are interested in the above I suggest the site Cotswold Canals in Pictures – Phase 1b Overview as the starting place. Also the Gloucestershire Highways – A38 Canal Bridges

The Stroudwater Navigation is still a company owned by the current owners of the original 200 shares. A separate Trust owns just over half and runs the company. In 2005 the company leased the canal back to the then British Waterways for 999 years.

Wotton Area Climate Action Network or C.A.N. are a community-led Climate Action Group. Serving Wotton-under-Edge and the surrounding areas Wotton Area C.A.N. aims to help residents and businesses to reduce their carbon emissions. Towards a goal of helping the area become carbon neutral by 2030.

Despite not being able to hold public meetings in person, Wotton CAN has lots to offer its supporters. To keep up with all news, subscribe to the free monthly newsletter – full of interest, useful tips and information on many Climate issues.

September 2020 Newsletter can be downloaded here

Many of us live within the Stinchcombe Conservation Area (see the area marked in green on the map).

Not everyone realises that this gives automatic protection to any trees on our land above a certain size. You can also see it on this map. Cutting down, lopping or wilfully damaging a tree with a diameter of more than 75 mm at a height of 1.5 m above the natural ground level is an offence. Unless a Section 211 notice has been submitted to Stroud District Council (SDC).  The notice must be submitted at least 6 weeks before the work is carried out. To enable SDC time to consider it.

Landowners have a duty to replace felled trees with another tree of an appropriate size and species, in the same place, as soon as they reasonably can. SDC has the power to enforce this duty or to grant a dispensation in response to a written request.

SDC’s Planning Enforcement Policyopens PDF file puts complaints involving protected trees into the “Priority Complaints – Requiring Immediate Investigation” category.  They have six months to bring a prosecution. This could lead to a fine of up to £20,000 in the magistrates’ court or an unlimited fine in the Crown Court. In many cases they may negotiate remedial works with the landowner or issue an informal warning rather than prosecute. 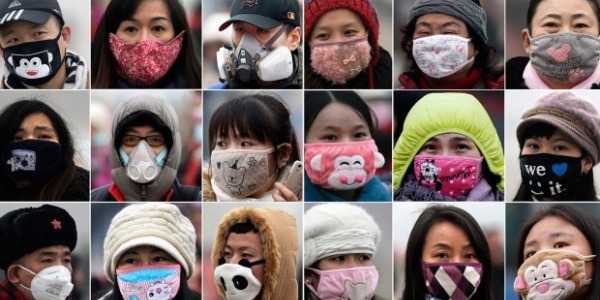 How to Wear Face Coverings 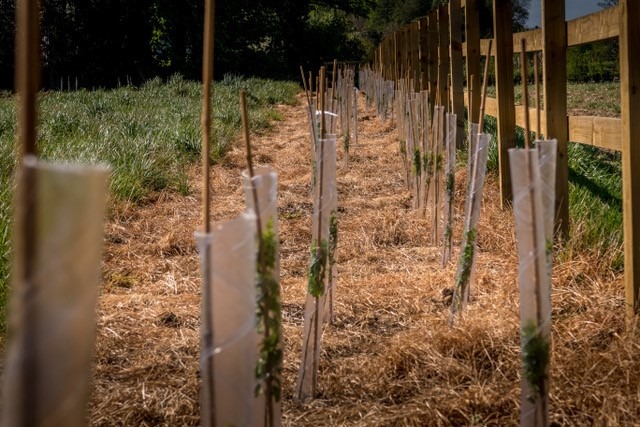 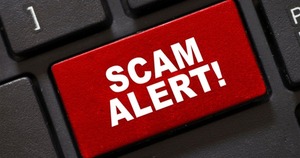 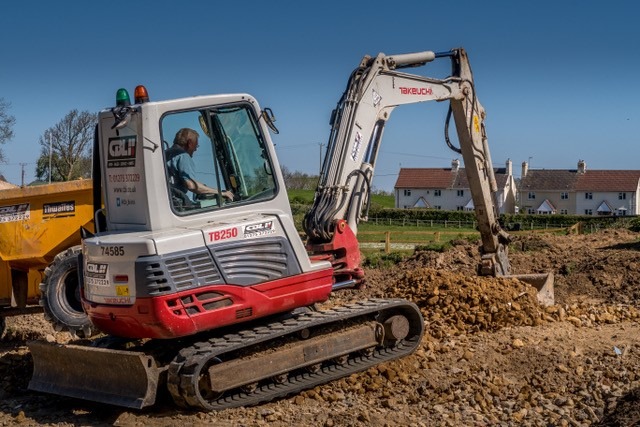