A Village Property by Roger Batty

All about the Farmhouse

We are not sure when it was first named Combe House but Combe House was the Farmhouse for Street Farm. Probably in the 1930’s. It used to have a walled garden across the road opposite the house. It was where the 4 houses in Combe Gardens (now called Coombe Gardens) were built in the 1980’s (correction built in 1959 see comment below from Caryn Mitchell) and we presume it was a kitchen garden. The red brick wall of the garden is still in evidence.

A note left to us by the previous owner states there was a report in the Berkeley Trespass,dated 1813 by Thomas Wood (aged 70) that Combe House (the original farmhouse) was built in 1764. That part is now the kitchen, bedroom above and another bedroom in the roof void on the 2nd floor (basically the left side of the house in the picture). The main part of the total house which is now let as Combe Cottage was added about 100 years later.

Combe House and all the surrounding barns and farm buildings are built from Marlstone ( opens in a new windowMudstone). Like many of the other Village properties are and that stone contains an immense amount of fossils.

The Quarry on Stinchcombe Hill was considered to belong to Mr Pinfold of Piers Court. The stone for the farmhouse was dug from the quarry and hauled down by P Stone and his son who built the house. (Note: This fact was in a paper left by Joan Willott. However, it’s possible that the stone came from not from up the hill (which is lighter and harder), but from Cam quarry, on the left side of Taits Hill.)

The house was opens in a new windowlisted as Grade 2 in April 1984. The main feature (previously taken out) being a spiral staircase next to the fireplace in the kitchen.

The listing included all the farm buildings owned by the Willotts who bought Combe House in 1959. All buildings within the curtilage of Combe House but excluded those barns which subsequently obtained planning to be turned into dwelling houses. i.e. Granary Barn and Street Farm (was known as Banana Barn for a little while). Combe House still has the old piggery, a privy in the garden, 4 stables all in the original form with a hayloft above and open cart sheds.

An ugly (but very useful) extension built out of Bradstone was added in the 1980’s. When a garden room, another bathroom, utility, study and another staircase.

Some 10 years ago the Batty’s, who had lived at Combe House since 1996, decided they should downsize as they were rattling around. However, at the last moment, decided to stay as they loved the house. To make it work they converted the ‘newer’ north end of the house to a large 2 bedroomed Cottage for letting. In the Farmhouse there had also been a dairy. At the end of the house with a separate entrance. The Cottage also had a separate staircase. In future, it can be turned back quickly into one house. Or used as a granny annex or teenagers flat.

Street Farm and Combe House were owned together with the acreage and barns/outbuildings by Doris Gadsden of Piers Court for several years.

In January 1959 Combe House, together with various barns and outbuildings from Street Farm were bought by opens in a new windowHarold and Joan de Quetteville Willottopens IMAGE file for £2600. He was a solicitor with Francillon, Willott & Raby Hieatt of Long Street Dursley.

In January 1996 it was bought by the present owners Roger & Heather Batty.

Harold lived for his trainset that took up the whole of the attic rooms suspended on tables and going through tunnels built in the walls. It is rumoured that when he invited friends to the house he would offer them an anorak, bobble hat and gloves to go into the attic to play with his trainset. The house was always known as one of the coldest in the Village with no central heating.

When Harold died it took his wife a long time to pack up the train set in its boxes and send it off to Christies for sale!

Before 1959 when Dorothy Gadsden owned it, previous owners are hard to find but we know it was occupied by various tenants some of whom we know details and some appear on various censuses.

In May 2014 a Yorkshire man Tom Brown and his wife called at Combe House when we were not there and told our tenants living in the Cottage that his Grandmother Lady Maria Bowlby widow of opens in a new windowMajor-General Anthony Bowlby had lived in the house during the war and had died in the Village in September 1957. He sent us an interesting emails and photos about the Bowlby family which has been extended by Sophie Bowlby. See all the emails and learn all about The Bowlby Family at Combe House by following the link below.

Mary Mabbett had inherited Street Farm from her father John Mabbett, who owned it when the opens in a new window1839 Tithe Mapopens PDF file was drawn. It looks as though it was rented out to John Williams at that stage. On the reproduction Tithe Map, an orchard called Mill House Orchard is shown behind the house. (Mill House Orchard, means “The House orchard of Fruit Tree that need to be milled”..i.e. Cider Apples.)

Mary Mabbett’s land and property was auctioned on 7th August 1890 (see illustration below).  opens in a new windowStreet Farm was Lot 2.

The Batty’s have had some interesting finds since they have lived at Combe House for the last 25 years.

The pedestrian entrance used to be straight onto the road at the front of the house where the main front door is (the door is still there but not used any more) but with increasing traffic volumes the entrance into the farm at the North end of the house was used for the main entrance which was presumably used for the cattle and horses/carts – it appears this change took place before 1940.

When digging a soakaway across the front lawn a 10 ft underground cubed brick chamber was found with an iron ladder down to beside a well which is 70ft deep. Next to the well is an engine that used to pump the water from the well to the house. The pumping engine which appears in good condition was opens in a new windowmanufactured in Fairford Glos.

Also at the back of the house under the lawn and pathway there is another (but a lot larger) bricked reservoir which contains water. No measurements of the size of it have been taken but it appears approx.  5ft deep and possibly 15ft length x 12ft width. It is suggested that this water reservoir was used to collect all the water that came off the hill to supply water to the animals.

In the house itself when we moved in there needed to be some updating and we started to try to restore it to its original farmhouse. The kitchen and hall were covered in lino tiles and we looked to replace these with new tiles. However, when removing the floor covering we discovered two inches of bitumen on top of the original flagstone floor in the kitchen and Victorian tiles in the hall. So after removing the bitumen we lightly sand blasted the floors to bring them back as best as possible. They appear to be original and laid on earth but there is no damp in them. The kitchen has an original 6 inch drain made by A Kendrick & Sons .

Although Combe House was sold in 1959, other parts of Street Farm continued to be owned by Dorothy Gadsden. In May 1987 she sold 5.481 acres to the owners of Melksham Court, George Robert Clarke.

The Granary Barn was sold by Linda and Norman Sellers to Peter and Jane Small who renovated that Barn into their dwelling house. ( opens in a new windowbefore and after)

In August 2001, after the conversion of the Cattle Barn, ( opens in a new windowbefore & after). The Sellers sold the newly named called “Street Farm” to the present owners Richard and Jane Bartlam.

This is a brief history of Combe House and Street Farm but there are lots of gaps which we hope to fill in eventually from others knowledge or documented information. So if anyone has stories or information regarding the properties please advise Roger Battycreate new email. 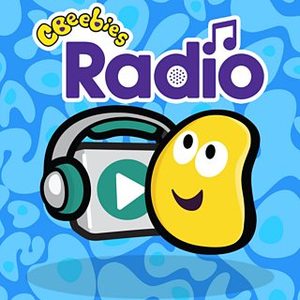 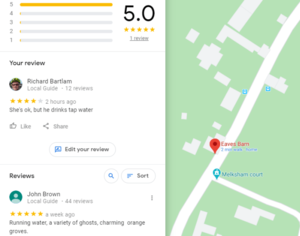 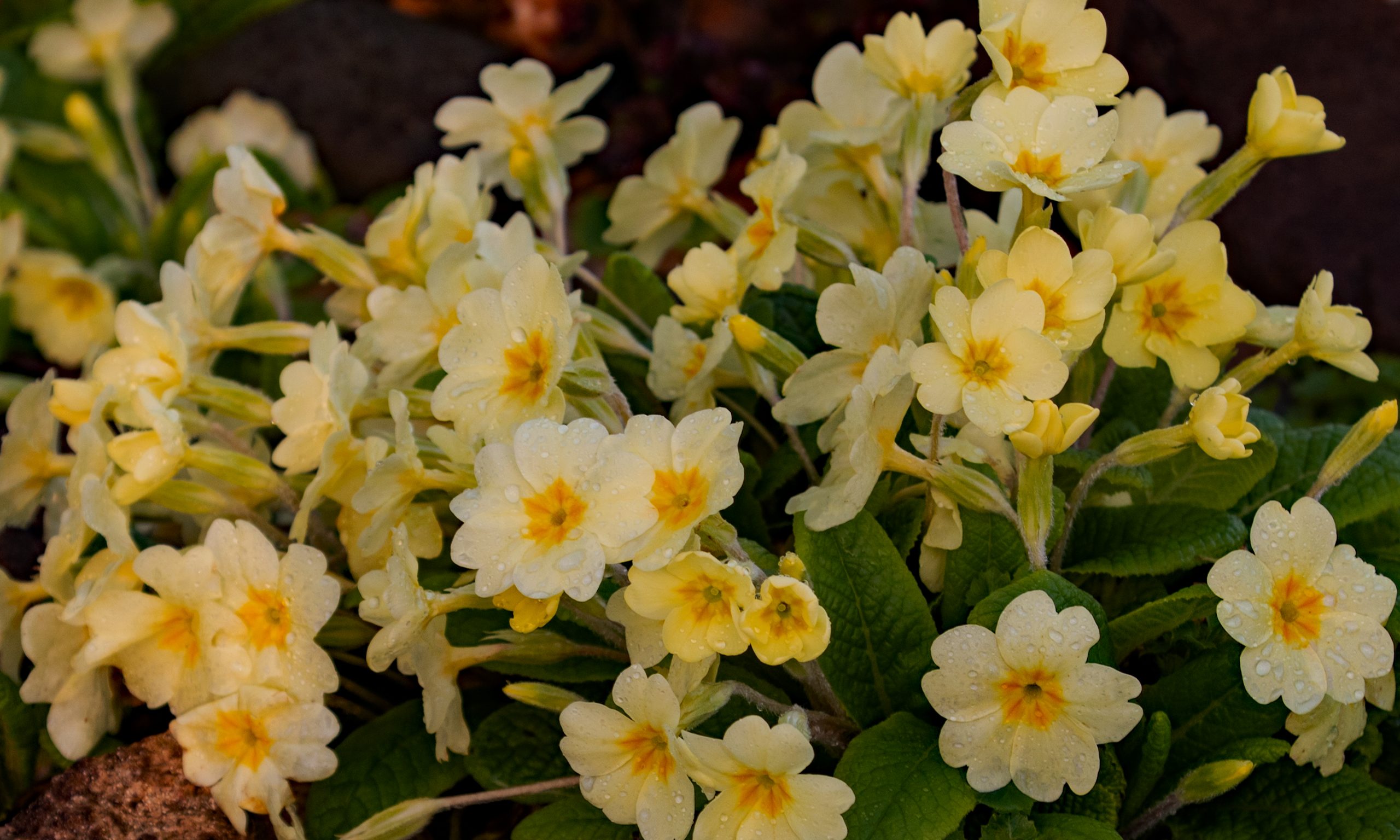